About Your Hosts at Dyers House in Christchurch New Zealand

Angela and Barry have been together for 27 years and have lived in Christchurch throughout. They have been greeting guests at Dyers House for the past 12 years.

They have lived in Dyers House for the past seventeen years and regard its renovation as a labour of love.

Angela has many years of experience in the hotel and airline industries, having been a Class 1 flight attendant for British Airways. In New Zealand, she has been marketing manager for an international hotel chain and more recently she worked with top executives and parliamentary personnel promoting her air charter operations. All this whilst running her own equestrian bespoke tailoring business and raising two lovely daughters.

Barry had a long and successful career in clinical R&D working for a pharmaceutical company in many countries before migrating to New Zealand and promoting the use of Apple computers in secondary & tertiary education.

He was co-founder/owner of a highly successful tertiary training college which was sold after ten years of sustained growth and innovation. A lifelong supporter of Tottenham Hotspur (go Spurs), Barry also finds entertainment these days in the successes of the Canterbury Crusaders and of course the All Blacks.

He has three children, they all now live in England.

"Eric is a marmalade ginger cat, Eric is extrovert and likes company. You will quickly learn that Eric loves cuddles and is a great conversationalist. We named him after Eric the Red, the Viking raider, it sums up Eric's personality. Everyone wants to take Eric home with them!" 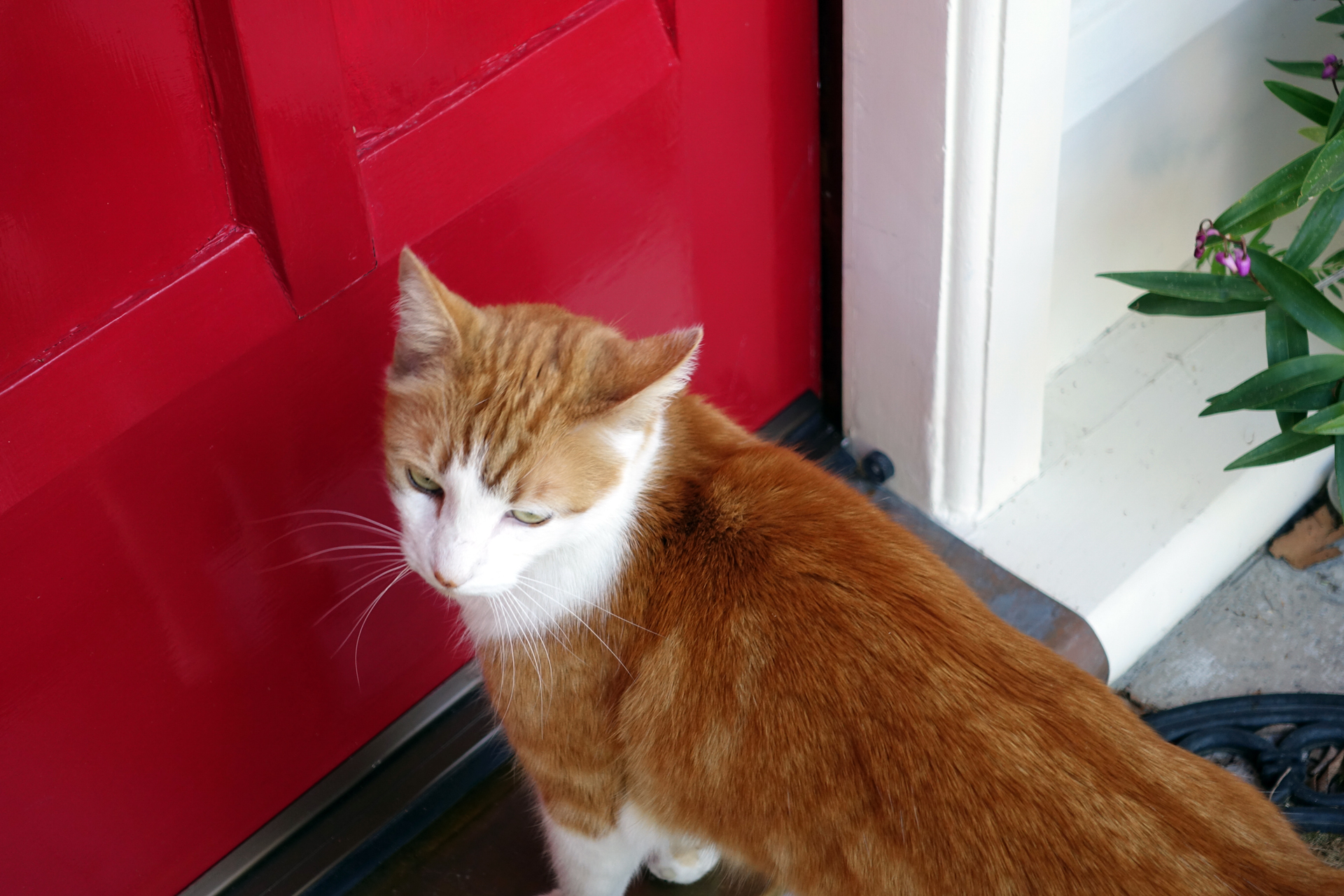 We have three spacious luxury bedrooms, all featuring en-suite bathrooms, with all the comforts required for your stay.

Directions to Dyers House, our lovely boutique hotel in Christchurch