Definitely challenging words for anyone in the finals of a spelling championship!

Both words look like they have sprung from the pages of a Homeric tale, maybe ancient place names or peoples somewhere around the Mediterranean, an encounter for a band of heroes… like “Jason and the Argonauts were shipwrecked on the island of Dendrobium where they were set upon by the terrifying Thelychiton”. I suppose that's my Greek ancestry meddling with my brain ...

You probably know they are types of orchid.

We have a number of orchids at Dyers House, most are large and prolific cymbidiums, but the smallest orchid we have is shown here.  In the past fourteen years this cluster has grown slowly from its original single stem. Each flower is less than 2cm across and many are smaller, it is such a sweet little thing and looks so delicate. 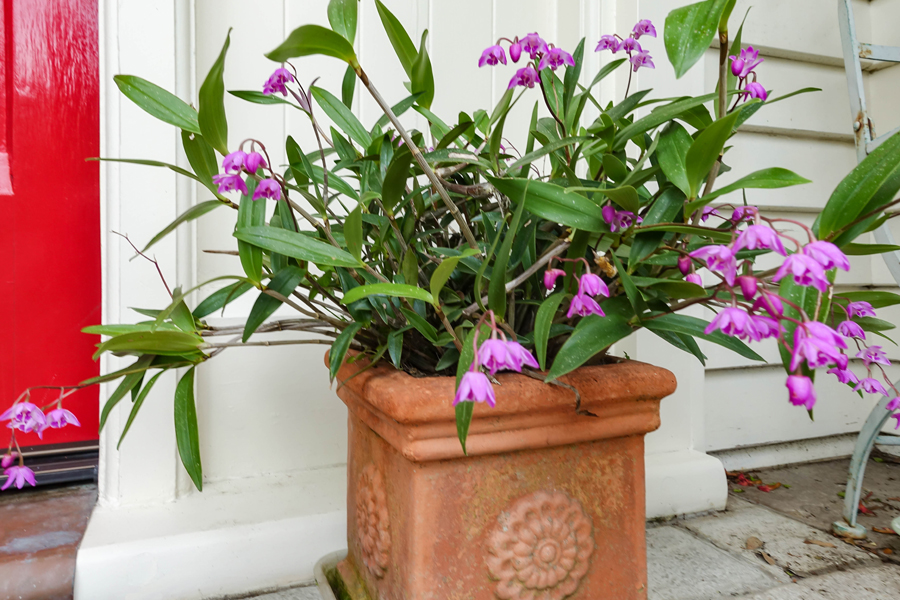 Nevertheless the plant is very hardy and over the years I have taken several orchid offshoots, pseudobulbs with quite thick long roots, and successfully planted them out in the garden. It is another of our plants that shows it's best in the springtime. 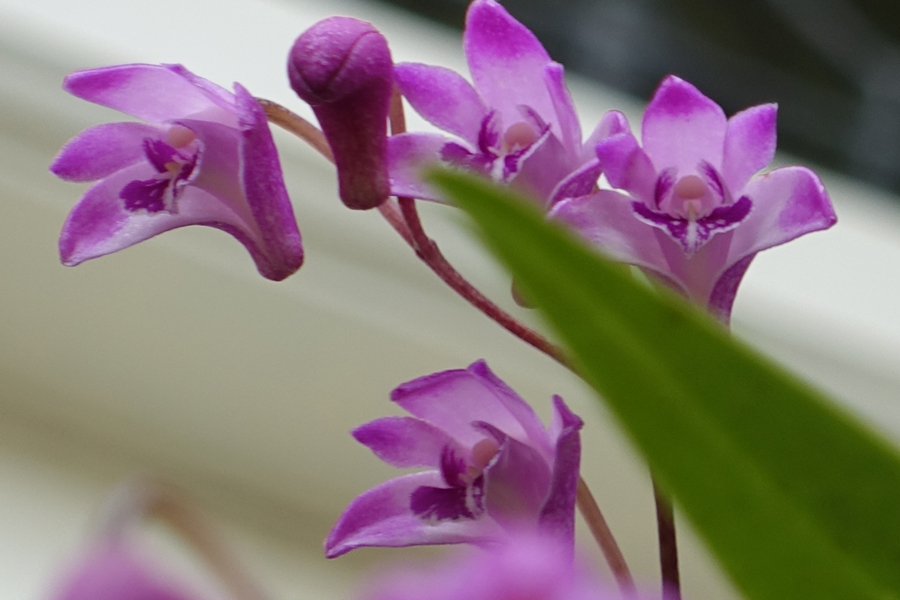 Dendrobium kingianum is native to Eastern Australia and commonly known as a pink rock orchid. It is named after an early explorer of Australia, Admiral Phillip Parker King, a friend and colleague of Charles Darwin. I found that out on Wikipedia